Time For a Prison Break From Pain
by Dr. Billie King Shaw

Read Time For a Prison Break From Pain by Dr. Billie King Shaw to learn more about Armstrong-King Chiropractic and our Chiropractic office in Jackson, MS. 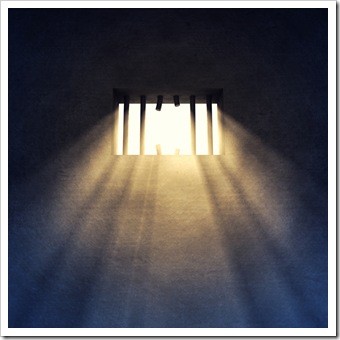 The word on the streets is that the most abused drugs these days are found not being creatively cooked or grown, but bought over the counter in convenience stores near you.  The drugs that are most often misused are not for recreational use but for the reduction of pain.  The same pain that  is the body’s designed warning system that acts as an alarm when a limit of some type has been reached in your body in terms of function, and that the body is not equipped to handle the activity and is unable to adapt further.  Unfortunately far too many of us rely on these drugs to ignore or mask the pain, until the point of being imprisoned by this false hope.

False Hope In A Pill

Acetaminophen, sold under the brand name Tylenol, among others, may be among the most dangerous medicines on the market. That’s alarming as almost every household has a bottle of this and does not think twice about using it.  Acetaminophen overdose is actually the leading cause for calls to Poison Control Centers across the U.S., with upwards of 100,000 cases per year. This includes 56,000 emergency room visits, 2,600 hospitalizations and an estimated 458 deaths due to acute liver failure.

Acetaminophen can be much more dangerous than you previously suspected because it can be toxic to your liver even at recommended doses when taken daily for just a couple of weeks.  The risk of severe liver damage and/or death increases significantly if you:

The News That’s Behind Bars

Last year, PBS News reported that 1,500 deaths over the past 10 years have been linked to taking a little bit more acetaminophen than the recommended dosage.  The problem is that acetaminophen is considered relatively safe when taken as recommended; the margin between a safe dose and potentially lethal one is extremely small.  An FDA advisory panel actually recommended adding a warning label about liver damage to acetaminophen as early as 1977, but it was not done until 2009.

On January 14, this year, the FDA finally issued a statement urging doctors and other health professionals to discontinue prescribing and dispensing prescription combination drug products that contain more than 325 milligrams (mg) of acetaminophen per tablet, capsule, or other dosage unit. They go on to state that there is no evidence that by taking more there is any benefit that outweighs the risk of severe liver damage.

Here at our practice our expert team understands the pain that you are suffering with and we are her to help you break the bad habits of masking the pain and begin your healing process by addressing the cause.  Call today before your health suffers another self-inflicted set back!