Read A Natural Reset for Blood Pressure by Dr. Billie King Shaw to learn more about Armstrong-King Chiropractic and our Chiropractic office in Jackson, MS. 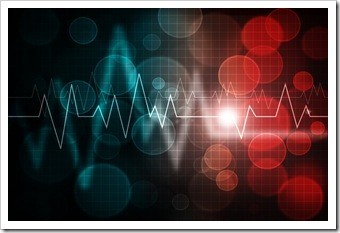 The apparent dangers of high blood pressure and the frequent recommendation of prescription drugs to reduce the problem create a seemingly constant flood of both media warnings and advertising. Now, the results of a recent study could shed an entirely different light on the source of the problem.

Fifty persons were selected for the study. The requirements to participate were a high blood pressure condition and a misalignment of the Atlas vertebra. The Atlas is the top vertebra, the highest one in the body, located at the top of the neck.

George Bakris, MD, is the director of the hypertension (high blood pressure) center at the University of Chicago Medical Center and served as the lead author of the study. He pointed out that the Atlas, unlike the rest of the vertebrae in the body, relies only on soft tissue (muscles and ligaments) to hold it in place. For this reason, displacement can occur without pain, so misalignment often goes undetected and untreated.

Patients for the study were all treated by a Chicago area Doctor of Chiropractic. Prior to treatment he performed a variety of tests, including X-rays, to determine the exact adjustment needed for each patient. The subjects were then divided into two groups. Half received an actual adjustment while the other half received a very similar “sham adjustment.”

Each participant was fully assessed after their alignment and at the end of 8 weeks. The study authors said those receiving the actual adjustment had their blood pressure lowered by the amount of someone taking two different blood pressure-lowering drugs at the same time. The reduction continued through the 8 week period of the test. No significant heart rate change was noted in this group.

Why blood pressure changes occurred to this degree was beyond the scope of the study. “The mechanism as to why this improvement in blood pressure occurs is unknown and cannot be determined by this study,” they said. More study is needed to see exactly how a misaligned Atlas might cause hypertension. Also, more work is needed to see if an incorrectly aligned Atlas is an additional risk factor for the development of hypertension.”