Are Your Shoulders Attached to Your Earlobes? Get Relief for Neck Pain! | Jackson MS Chiropractor | 39213 | Armstrong-King Chiropractic
601-957-7374 Email Us

Are Your Shoulders Attached to Your Earlobes? Get Relief for Neck Pain!
by Dr. Billie King Shaw

Read Are Your Shoulders Attached to Your Earlobes? Get Relief for Neck Pain! by Dr. Billie King Shaw to learn more about Armstrong-King Chiropractic and our Chiropractic office in Jackson, MS. 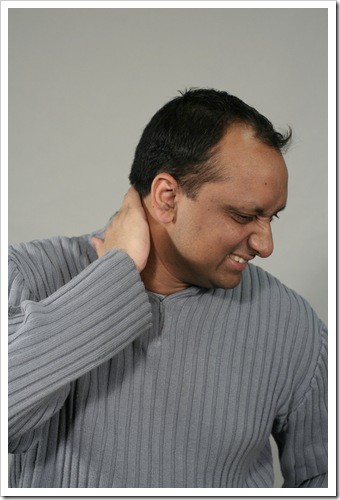 If you think about the mechanics of your neck, you’ll realize it’s not surprising how easily it can be injured. It has amazing flexibility, is constantly on the move, has very little muscular support, but has to support the 14 – 16 pounds of your head. It is like balancing a bowling ball on a stick using only elastic bands.

Consider that your spinal cord runs down a space in the centre of the vertebrae, which protects it from harm. Along large bundles of nerves running out from between each pair of vertebrae, nerve impulses are sent to every part of the body. From your cervical vertebrae, impulses are sent to your arms, and some into your upper back. Thus pain in your arm, such as numbness, tingling, cold, aching, or “pins and needles”, may be referred from the neck. People with neck problems may mistake their pain for carpal tunnel syndrome, a condition in the hands that is often caused by repeating the same repetitive motions for long periods.

Neck problems can also lead to headaches, muscle spasms in the shoulders and upper back, ringing in the ears (tinnitus), inflammation in the middle ear (otitis media), temporomandibular joint dysfunction (TMJ), or simply a restricted range of motion and severe tightness in the neck and upper back. Issues from the neck can show up in the upper back because many neck muscles originate there, including the trapezius, the levator scapulae, the cervical paraspinal muscles and the scalenes.

Causes of neck and upper back pain

Most times, neck and upper back pain is the result of not just one factor. Injury may be combined with poor posture, subluxations (misaligned spinal vertebrae), mental stress, or disc problems.

Injuries: Easily the most common injury to the neck is whiplash, the sudden, violent whipping motion of the head in an accident. It is most often associated with a car accidents, but it can happen when playing sport, or any other time the head suffers this particular whipping trauma. When this happens, the supporting muscles, ligaments and other connective tissues in the neck and upper back are damaged, but the full effects of this may not be felt for weeks or even months. This is why anyone who suspects they may have suffered whiplash should be extremely careful not to aggravate it, even if they feel no immediate ill-effects. An assessment should be sought from a chiropractor, in case treatment is needed to minimize the effects and guard against possibly permanent damage. 50% of whiplash victims in one study were shown to still be suffering the effects of the injury many years after settling their insurance claims.

Poor Posture: Poor posture is one of the most common causes of neck pain, and can also cause headaches. Unlike sudden injuries, which we usually know have happened, bad posture occurs over time and is something we soon begin to feel as normal. Everyday activities such as reading in bed can create issues and pain later on, and anyone working on a computer for extended periods is certainly susceptible to developing a forward head posture (FHP) and spinal subluxations. The rule is to keep your neck in a neutral position if possible. Avoid craning or hunching the neck, or remaining in the same position for too long. If this is unavoidable, try to practice correct posture to minimize any problems. Ideally, the head should be kept in a neutral position, back supported, knees slightly lower than your hips, and arms supported.

Subluxations: These are extremely common in the neck and upper back area, thanks to the weight of your head resting on such an unstable part of your spine. The majority of subluxations are centered around four areas:

You can check for signs of subluxation yourself. Look in the mirror and see if your head is tilted or if one shoulder rides higher than the other. Does one sleeve appear shorter than the other; does a necklace hang off-center? Ask someone to look from the side and see if your head sits noticeably forward from your shoulders (the aforementioned FHP). Subluxations need to be corrected as soon as possible. Over time, they stress the body, throwing all sorts of problems into areas that are then forced to compensate until everything is out of kilter and pain results.

Stress: Mental and emotional stress causes the muscles to tense, especially those in the back and neck. This ‘muscle guarding’ is a primitive survival response to avoid injury in the face of danger, but it ends up causing injury when it happens for any length of time. If pinching the trapezius muscle causes you to wince, that is a sure sign your muscles are tight and trigger points almost certainly exist. Exercise and deep breathing/relaxation techniques are useful for combating stress.

Herniated Discs:  A herniated or bulging disc will put pressure on the nerves that exit the spine through that area. Lumbar discs are more prone to herniating than cervical discs, but trauma such as whiplash can provoke a herniated cervical disc.

A consultation with your chiropractor should be scheduled if you are experiencing any pain in your neck or upper back that does not resolve very quickly.